Mercedes-Benz Pushes the Envelope with the 2017 E-Class

Mercedes-Benz and luxury automakers alike have constantly been upping the ante with new technology features that will make you think twice about where the future of automobiles is headed. Autonomous cars are beginning to be a focus of major car manufacturers and even leading tech companies like Google and Uber. When these self-driving cars will be the norm is a mystery, but with new features in cars like the 2017 Mercedes-Benz E-Class, it shouldn’t be too long.

Mercedes-Benz continued its autonomous streak with new features that make the 2017 E-Class safer and smarter than ever before. The Intelligent Drive and Distance Pilot Distronic systems allow the new luxury car to automatically assist the driver with braking, steering, and even parking. Although the remote parking feature which allows you to park your E-Class using your smartphone won’t be available in America, it’s still just a fraction of the technology involved with the sedan.

If you have ever wanted to get out of your car before you park it, well now you can.

Just about every new tech feature on the 2017 E-Class was designed for safety and is performed autonomously by the vehicle. At stop lights, the Multibeam Adaptive LED Headlights and taillights dim and brighten based on ambient light conditions to avoid blinding pedestrians and other drivers. While driving, the lights work their magic to provide the most appropriate lighting in any situation from the garage to the highway.

Speaking of the highway, wouldn’t you like to know if the speed limit changes while you’re in cruise control? Well in the E-Class, on-board cameras detect and read every road sign, then adjusts its speed to ensure you don’t end up on the side of the road with blue and red lights flashing behind you. However, if you do get pulled over, I’m sure the E-Class will be kind enough to dim your brake lights for the officer.

One of the more advanced technologies that the E-Class unveils next spring is the Pre-Safe Sound feature that’s so advanced, it’s hard to even explain. Pre-Safe Sound protects passengers ears from the crushing, sonic boom of the impact of a crash in the event you’re in an accident. High-impact accidents have been known to cause hearing loss based on the sonic overload coming from the impact.

“The Most Intelligent Sedan in its Class”

Other accident prone features include an inflatable “beltbag” on the seatbelts and side impact bolsters to move the driver further away from the door when confronted with a side impact. Mercedes-Benz went above and beyond on this model to ensure you’re safe and sound in any situation, hence receiving the title, “the most intelligent sedan in its class.”

Other cool features packed in the new E-Class include the ability to unlock and start the ignition right from your phone. Instead of a key fob or a push-to-start, all you need is your phone and once you’re in, you can place your phone on the charging pad for maximum convenience.

Mercedes went above and beyond on this one. “We are taking a further major step along the road to autonomous and connected driving,” said Thomas Weber, head of Mercedes-Benz Cars research and development. Be on the lookout for the 2017 E-Class next spring as it hits dealerships to compete with the other tech-filled luxury sedans. 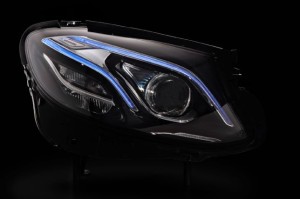 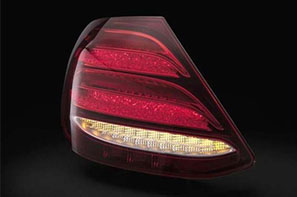 If you enjoy reading about the newest industry trends as well as updates on Mercedes-Benz, Like us on Facebook!