Would You Ride In A Driverless Car?

It has been announced that there are plans for driverless cars to be tested on public roads in the UK before the end of 2013, but what does this really mean? Are we looking at a future of calling for our own cars to pick us up after a night out, rather than a taxi company or our long-suffering spouse? Is this the beginning of machine self-awareness and Skynet?

The Car as a Productivity Tool 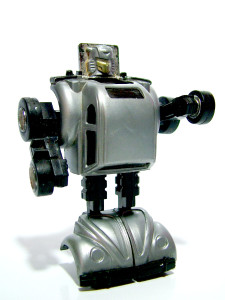 Some imagine a utopia where cars drive you around without your input. In fact, this seems to be Google’s starry eyed opinion, as Steve Mahan of the project states: “We’re still working on our self-driving car project, aiming to make driving safer, more enjoyable and more efficient… Googlers are doing cool things that matter.”

Certainly, if driving no longer required personal input, it would become like a more luxurious, private form of public transport. You could start work before you arrive at the office, working at a laptop rather than becoming frustrated at traffic jams.

Tim Worstall of Forbes imagines cities that can expand, since it is no longer an issue to park near to your destination. You can hop out and arrange for the car to pick you up later. People would be able to live further away from their homes, since travel time would no longer be wasted time.

Would it be Good for the Environment?

One of the aims of the Google car would be to use fuel more efficiently, but we all know that when effort is divorced from end goal, waste is incurred. After all, if we needed to hunt down and kill each biscuit we ate, as our great cave-man ancestors did, would we be so quick to shovel a few down with a cup of tea? Or would we allow food to go to waste, if it cost us more time, energy and personal risk than a quick trip to the shop? People would shun the greener, shared, train commute in favor of a personal trip in their cyber car.

It also made me laugh to see that a writer at the New York Times believed that people would even set up exercise bikes in the back of their cars to work out on the way to work. If they want to cycle on the way to work, I have an easier solution…

Google has been working on its car since 2005, along with Audi, Mercedes, Volvo, Ford and Toyota. Researchers at Oxford University have now joined the race with their RobotCar. This is being developed by the University’s engineering science department with sponsorship from the UK government and Nissan. They are using an adapted Nissan Leaf which aims to use “infrastructure free-navigation”, with a system of lasers, cameras and a mobile computer, rather than relying on “horrendously expensive” satellites, with signals that can’t always be detected.

Rather than being able to determine a completely new route or drive without a human in the driving seat, this is intended to be driver assistance technology, requiring someone to be supervising at all times. It is based on the car recording routes to re-drive them.

When the journalist from the Independent reviewed the car, they did make it round the private road without injury but found that the car stopped several times without reason. The researchers are currently grappling with “the plastic bag problem”, since the car is unable to judge density of objects and will stop whether a person, brick wall or plastic bag appears in front of it. Better to be safe than sorry!

Many believe that this is the only kind of automatous vehicle we will ever see and that Audi will be the first to include the technology.

RobotCar’s team have a much more practical approach to driverless technology, arguing that it will be a kind of support for tired drivers with the motto: “When it’s fun to drive, I drive myself. When I no longer want to drive, I don’t drive… Many drivers already use features like cruises control and that doesn’t mean they happily fall asleep at the wheel. It just makes life easier.”

It helps that they are emphasizing the fact that turning the auto-pilot on doesn’t mean turning your common sense off! The RobotCar view of driverless motoring seems much more grounded and practical than Google’s lofty ideas of revolutionizing driving.

I can’t help but think there is something wrong with the idea of driverless cars. Whilst the RobotCar view seems more practical and attainable, I am sure that further down the line the two approaches to the argument will merge and cars will drive themselves.

I am reminded of the inhabitants of the ship on Disney Pixar’s film “Wall-E”, infantilized and inflated by their machinery taking care of every physical need except for exercise.  Perhaps there could be a minimum distance required to be travelled before driverless cars could be used, and people would have to use their bicycles until that point….but that is beginning to sound like some kind of surveillance state. Perhaps that bike in the back isn’t such a bad idea. The future remains to be seen.

By Liz at ChipsAway Car Body Repair. When not over-thinking advancements in motoring technology, Liz is more likely to be found helping people restore their cars to good as new condition through smart paint technology.